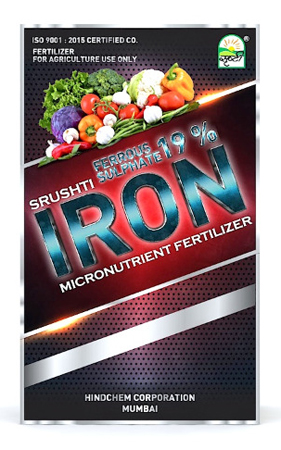 Iron is an essential micronutrient for almost all living organisms because of it plays critical role in metabolic processes such as DNA synthesis, respiration ,and photosynthesis . Further ,many metabolic pathway are activated by iron ,and it is a prosthetic group constituent of many enzymes .An imbalance between the solubility of iron in soil and the demand for iron by the plant are the primary causes of iron chlorosis .

Although abundant in most well- aerated soils, the biological activity of iron is low because it primarily forms highly insoluble ferric compounds at neutral pH levels. Iron plays a significant role in various physiological and biochemical pathways in plants. It serves as a component of many vital enzymes such as cytochromes of the electron transport chain, and it is thus required for a wide range of biological function. There are seven transgenic approaches and combinations ,which can be used to increase the concentration of iron in rice seeds. The first approach

involves enhancing iron accumulation in rice seeds by expressing the ferritin gene under the control of endosperm-specific promoters.

The second approach is to increase iron concentration in rice through overexpression of the nicotianamine synthase gane (NAS) . Nicotianamine , which is a chelator of metal cations , such as Fe+2 and zinc (Zn+2), is biosynthesized from methionine via S-adenosyl methionine in rice and to enhance iron influx to seeds by expressing the Fe+2 nicotianamine transporter gene 0sYSL2. The fourth approach to iron biofortification involves enhancing iron uptake and translocation by introducing genes responsible for biosynthesis of mugineic acid family phytosiderophores(MAs).The fifth approach to enhance iron uptake from soil is the over expression of the 0sIRT1 or 0Sysl15 iron transporter genes.

The sixth approach to enhanced iron uptake and translocation is overexpression of the iron homeostasis – related transcription factor OsIRO2. OsIRO2 is responsible for the regulation of key genes involved in MAs-related iron uptake .The present review discusses iron toxicity in plants with regard to plant growth and metabolism ,metal interaction, iron-acquisition mechanisms ,biofertification of iron , plant-iron homeostasis ,gene function in crop improvement, and micronutrient